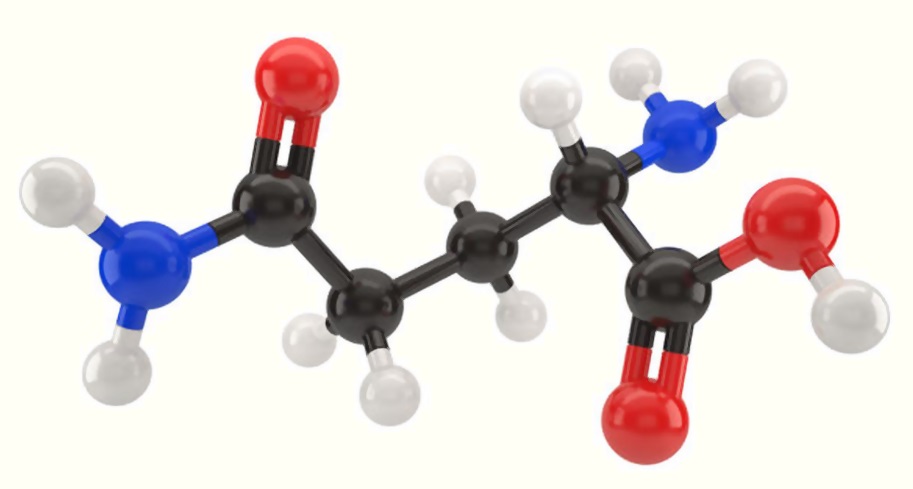 Nutritional Importance of Amino Acids in Poultry Production and Health

Amino acids are functional and structural blocks of protein that are divided into two categories in terms of nutrition: non-essential (produced by the body) and essential amino acids (cannot be synthesized rapidly enough to meet the metabolic requirement). Amino acids are essential for the body’s physiological functions. Amino acids are reassembled and digested after absorption to produce proteins, which are employed to construct various bodily components. Pullets fed a high-protein, high-energy diet during their development and egg-laying phases had a favorable influence on egg mass and yolk weight, according to studies.

Different recommendations prescribe different quantities of necessary amino acids, which raises difficulties for the poultry industry. The use of synthetic amino acids in chicken feed has been studied extensively. The judicious addition of synthetic amino acids to the chicken feed has the potential to improve overall amino acid balance while lowering crude protein levels. The use of amino acids in avian feeding reduces nitrogen loss during protein digestion, resulting in lower ammonia excretion in the environment and improved growth performance. In addition, amino acids must be adjusted in poultry diets to minimize energy loss that might be transferred to fat formation.

Diseases such as necrotic enteritis impact amino acid digestion, absorption, and metabolism. A low-protein diet did not affect the propensity to necrotic enteritis, but a conventional diet or one supplemented with amino acids can help to prevent the condition. Supplementing with amino acids promotes the formation of cecal butyric acid and total short-chain fatty acids, as well as growth, development, feed conversion efficiency, and immunity. Amino acid digestibility is also influenced by changes in the nutritional content of the diet, both in health and sickness. In turkeys with necrotic enteritis, diets rich in arginine and low in lysine were found to be advantageous in reducing oxidative stress, regulating metabolic parameters, and altering indications of intestinal barrier integrity.

Below is a list of the most essential amino acids for poultry.

Methionine is involved in feather synthesis, key metabolic activities (as a methyl group donor), and muscle accretion, all of which contribute to poultry’s optimal growth performance. This amino acid is involved in protein synthesis, DNA methylation, and the removal of reactive oxygen species (ROS). It also serves as a precursor to glutathione (GSH), a tripeptide that reduces ROS and thereby protects cells from oxidative stress. As a result, oxidative modification affects methionine. Broiler chickens with dietary methionine had superior growth performance at 42 days of age. Broiler chicks fed a diet with greater methionine levels than recommended by the National Research Council (NRC) had a large rise in relative and absolute breast weight, as well as a considerable reduction in belly fat. The effect of a total sulfur amino acid (TSAA) combined with L-methionine on the growth, egg production, and egg quality of Hyaline laying hens was studied, including egg weight, egg mass, bone volume, bone mineral content, and bone density. The addition of 85-100 percent TSAA to the food helped birds lessen the negative effects of high temperature in a forty-five-week trial done at high temperature. Methionine’s efficiency is mostly owing to its antioxidant properties and influence on the cellular response to oxidative stress.

Threonine is required for the production and maintenance of proteins in the body. It also plays a critical function in intestinal health as a necessary component of mucin and is engaged in a key metabolic step such as the generation of uric acid. Threonine is needed for gut protein synthesis and protects the gut against anti-nutritional agents and infections once it is absorbed. Threonine is a well-functioning amino acid that plays an important part in intestine formation. This might explain why birds given greater dietary threonine levels than advised have a more developed stomach. The presence of threonine in the lumen speeds up the synthesis of mucosal protein and mucin, indicating its relevance for healthy gut function. Because threonine is the second limiting amino acid for breast meat output, supplementing with it enhances carcass features. The use of threonine over the NRC requirements improved growth rate, feed utilization, carcass quality, gut health, ileal digestibility of amino acids and protein, and immunity.

Because it may be produced from methionine and serine by trans-sulphuration, cysteine is considered a semi-essential amino acid. As a result, this amino acid’s need is frequently grouped alongside those of methionine and cysteine. It is important for protein structure and function, as well as oxidative stress protection. This amino acid is a precursor to various compounds that are important in the body’s antioxidant defense mechanism, such as glutathione. Glutathione is a cysteine and methionine metabolite that is connected. Cysteine, like methionine, can enhance intestinal histomorphometry indices in broiler chickens, resulting in increased nutritional absorption. As a result, cysteine can help to avoid oxidative damage.

To enhance protein accretion and sustain immunological and physiological functioning, arginine must be abundant in the chicken diet. This amino acid has the potential to boost the immunological function of broiler chickens by acting as an immunomodulator. In healthy chicks, dietary arginine levels of 120 percent, as recommended by the National Research Council (1994), should promote appropriate immune system activity. In hens, arginine boosts the particular immune response to Infectious Bursal Disease (IBD). The addition of arginine to the broiler feed may help the hens develop faster at 42 days of age. By decreasing the activities of glucose-6-phosphate dehydrogenase, fatty acid synthase (lipogenic enzymes), and malate dehydrogenase in the liver of meat-type ducks, arginine supplementation in the meal lowered the proportion of belly fat. It may be established that arginine boosts poultry immunity.

Glutamine is recognized to supply nitrogen and an energy source for immunological and intestinal mucosal cell proliferation, and it is essential to synthesize antioxidants like glutathione with cysteine. Glutamine is also an important nutrient for animals that are under stress, such as when they are infected, injured, or exposed to extreme temperatures. This amino acid is crucial in the case of necrotic enteritis, a serious illness that costs the broiler chicken business a lot of money. L-glutamine compensates for metabolic losses caused by the illness, improves intestinal development and shape, and boosts growth and biochemical indices in the blood. Glutamine is a non-essential amino acid in general, but it functions as an essential amino acid in illness states and aids in the enhancement of immunity and metabolism in the body.

In the poultry diet, lysine is one of the most limited amino acids. Supplemental lysine and methionine had a beneficial influence on meat output and growth performance in male broiler diets from 21 to 41 days of age. Broiler carcass quality and growth performance were found to be improved by lysine. Finally, lysine’s primary function is to aid in protein synthesis, cell development, and maintenance, and it is regarded as a reference amino acid in a high-protein diet.

Birds’ health is strongly tied to their immune systems, and birds with a healthy immune system develop faster. For cytokine generation and immunological function, the majority of necessary amino acids are regarded as crucial resources. In the context of immunological stress or inflammation, the demand for essential amino acids is likely to rise. Amino acids are also linked to the formation of antibodies in animals. In all species, enough dietary amino acid supply is essential to maintain normal immunocompetence and protect the host from certain illnesses. As a result, if poultry receives enough amino acids in their diets, the development of immune function will be added. According to studies, birds with greater dietary threonine and methionine levels have a superior immune system and perform better. The amino acid threonine functions as proteinogenic amino acid and is also found in immunoglobulins. Increased threonine levels in the diet may increase immunological organ development, boost antibody formation, and reduce immune stress induced by the Newcastle disease (ND) virus or E. coli infection. Due to its requirement for protein synthesis, tryptophan taken as a supplement also functions as a precursor of serotonin, a neurotransmitter involved in the control of feed intake.

Because the oxidation rate of amino acids rises during inflammation, early feeding with amino acids is important to meet the developing bird’s requirements. Because threonine is an essential component of immunoglobulins, an insufficient quantity of threonine in the diet may influence the generation of immunoglobulins in broiler chickens. Supplementing broilers with lysine or methionine can boost their immunological responses. The treatment doses of lysine and methionine (30 and 40% greater than the NRC recommendation, respectively) resulted in a substantial drop in heterophils and an increase in blood lymphocytes, as well as a stress index of heterophils: lymphocytes ratio. Methionine has four main functions that are directly or indirectly related to immune system responses: (1) participation in protein synthesis, (2) as a glutathione precursor, (3) required for the synthesis of polyamines (spermine and spermidine) that are involved in the nucleus and cell division events, and (4) as the most important methyl group donor for DNA and other molecule methylation reactions. In young chicks, dietary additions of methionine, cysteine, and arginine increased BWG and plasma IGF-I levels.

As a result, amino acids aid in boosting the overall physiological state, immunizing against infectious illnesses, and stabilizing under noninfectious or managemental settings, consequently increasing bird production performance. In broiler chickens, dietary supplementation with free methionine reduces intestinal oxidative stress caused by Eimeria spp. Additional supplementation of methionine and cysteine is necessary to promote immunological response to pathogenic Eimeria spp. and hence helps give resistance to Eimeria-infected hens. As a result, amino acid metabolism differs depending on the health of the birds (challenge vs. non-challenge conditions). Amino acid digestibility, absorption, and metabolism are all influenced by health and sickness. Their lack can predispose them to disease, and supplementation can help prevent or alleviate it. Amino acid supplementation promotes the formation of cecal butyric acid and total short-chain fatty acids, which aids in growth, development, feed conversion efficiency, and immunity. The amino acid metabolism is also influenced by the nutritional makeup of the meal.