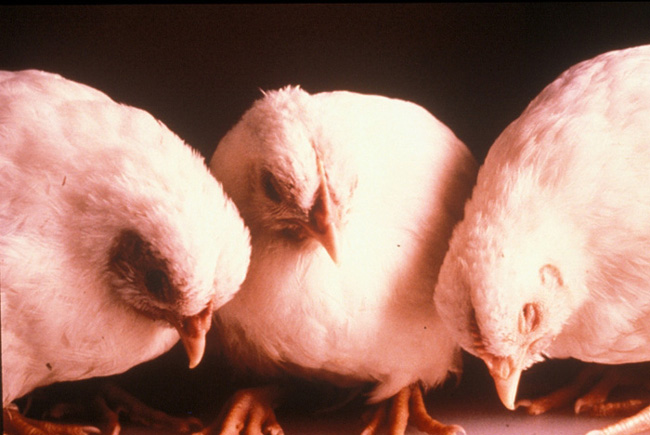 If infected or infested with parasites, even the finest fed and housed cattle with the highest genetic potential will not develop and produce efficiently. As a result, excellent poultry health management is a crucial part of the poultry production process. Because of the high stocking densities of commercially kept chickens, infectious disease-causing agents can swiftly spread across a flock.

To be effective, poultry health management must prioritize preventing the spread of disease and parasites, recognizing disease or parasites early, and treating all flocks that are diseased or infested with parasites as soon as possible and before they develop into a serious condition or spread to other flocks. To do so, you’ll need to know how to spot infected birds, what steps to take to avoid or minimize disease, and how to keep an eye out for signals that the preventative program is working.

The following are the basic principles of poultry health management:

Disease should be avoided as much as possible. Preventing illness is easier and less expensive than treating it. However, it is unrealistic to believe that all diseases can be avoided. Some may inevitably get past the defenses; in which case the condition must be identified as soon as so that treatment or other appropriate action can be taken to bring the situation under control and prevent harm to the flock.

Any condition that interferes with the proper functioning of cells, tissues, organs, and entire bodily systems is referred to as a disease. Poultry diseases are caused by a variety of factors, including:

Non-infectious illnesses are those that are caused by dietary shortages, toxic drug ingestion, or physical injury. Individuals must have a shared experience to develop these non-infectious diseases, and these diseases cannot be spread from bird to bird. Infectious illnesses are caused by microorganisms such as parasites, fungus, protozoa, bacteria, pneumonia, chlamydia, and viruses in the broadest sense. These illnesses are sometimes referred to as infectious diseases because they can be transmitted directly or indirectly from one bird to another.

Direct transmission happens when a sick bird conveys the disease’s cause to a vulnerable healthy bird through direct contact. The egg or sperm may be transmitted horizontally (from one bird to another) or vertically (from parent to offspring) via the egg or sperm within or on the shell. Indirect transmission occurs when the causative organism is conveyed from one bird to another by an intermediary host such as insects, earthworms, snails, or slugs, wild birds or animals, or another object such as equipment, food, or water, cars, humans, respiratory droplets, litter, or excrement.

Pathogens or disease vectors are organisms or germs that can cause harm, such as illness in animals.

Many different infections can be conveyed from one bird to another or from one flock to another through a variety of methods.

These pathogens include the following:

Viruses are the tiniest pathogens, only visible under an electron microscope. Viruses have an exterior layer/s of unique protein material around them, which is comparable to the genetic material of the cells they infect. Only inside the animal cell can they proliferate and cause harm, and if they infect and destroy enough cells, the animal will display indications of illness.

Antibiotics and other treatments, in general, have little effect on viruses, therefore few pharmaceuticals can cure viral disorders, however, there are situations when a drug can be used to reduce secondary infections. Quarantine and proper cleanliness to reduce the challenge, and vaccination to maximize the birds’ immunity to future threats, are the best ways to control infections caused by viruses. Some species may live for lengthy periods in bird dander and feather waste, trash and dung, insects, and rodents.

Bacteria are single-celled creatures with a nucleus that reproduce by simple fission, in which one cell divides into two, and some may do so extremely fast within the host or in a suitable environment. Some are extremely delicate and do not live outside of the host for extended periods, while others can survive in harsh environments for long periods. Many can transform into spores by creating a thick wall that shields them from the majority of the materials used to destroy them. When these bacteria are not in the spore state, they are significantly more vulnerable to these chemicals.

Gram-positive and gram-negative bacteria are two types of bacteria. This feature is due to variations in their cell walls, which impact how they stain when viewed under a microscope. Their reaction to certain chemicals, such as disinfectants, is also influenced by whether they are one or the other.

Antibiotics and other medications that are efficient against various germs are available. Quarantine and excellent cleanliness, on the other hand, are vital first lines of defense against these pathogens since they reduce the number of people who are targeted by the medications.

Chlamydia is a bacterium that is somewhat bigger than viruses. They dwell inside the cells they infect, especially the respiratory system cells. Antibiotics can be used to treat them.

Single-celled organisms that are somewhat bigger than chlamydia. They have a nucleus and a cell wall. Mycoplasmosis, or Chronic Respiratory Illness (CRD) caused by Mycoplasma gallisepticum, is the most well-known disease produced by this bacterium. Antibiotics can help treat diseases caused by Mycoplasma germs. These organisms do not live outside of the host for lengthy periods, thus proper quarantine and hygiene protocols, as well as a sufficient housing de-population period, will ensure effective control.

Fungi are creatures that are bigger than bacteria and belong to the plant kingdom. They reproduce by generating spores, which are discharged into the environment. When the circumstances are favorable, the spores begin to proliferate and the cycle begins again.

Birds are harmed by fungi in two ways:

Single-celled creatures that are bigger than bacteria are known as protozoa. Protozoa have a complicated reproductive system that permits them to proliferate in large numbers fast in many instances. Coccidiosis in chicken is a nice example of protozoan infections.

Protozoa typically cause tissue destruction in birds. A variety of chemicals have been produced to treat birds afflicted with various protozoans. Others have been created that disrupt the protozoan life cycle and might be used as preventative therapies while the birds gain natural immunity. Coccidiostats are the common name for these anti-infective medications.

Parasites are parasitic creatures that feed on their hosts.

Internal parasites in chickens are multicellular organisms that reside within the bird and are often found in certain organs.

The majority of internal parasites, especially those prevalent in Australia, can be seen with the naked eye.

While there are a variety of internal parasites seen in chickens, only three are known to be harmful.

These are the following:

Some irritate the bird, while others are bloodsuckers that, in large enough numbers, can induce anemia.

Some bloodsuckers contain bacteria known as spirochetes, which they inject into the bird during feeding.

Tick fever, for example, is a disease caused by spirochaetes that can kill numerous birds.

This component of poultry management has to be constantly monitored. In most cases, failing to maintain a high standard will result in an unhealthy flock. The following are the fundamentals of poultry health management:

The primary requirement is to retain control over disease-causing organisms’ access points. These can enter through a variety of channels:

Microorganisms, especially those that cause illness, are killed by excellent hygiene, and all farms have colonies of microorganisms. As a result, appropriate cleanliness techniques are a crucial aspect of managing poultry health. The phrases quarantine and hygiene are often used interchangeably.

The following are examples of good hygiene practices:

Disease in poultry may be classified into two categories of severity in terms of flock health management:

The birds do not appear to be unwell, but the infection causes them to develop slower and/or lay fewer eggs. Other species may be predisposed to subsequent invasion by subclinical illness. The only proof that the birds are afflicted is the poorer production efficiency discovered during a performance study. In many situations, this isn’t discovered until after a significant amount of financial harm has been done.

Affected birds, and in many cases recovered birds, are carriers who may be a source of infection for other stock with whom they come into contact, and who may transfer the pathogenic organism directly or indirectly to stock not implicated in this outbreak.

The goal of vaccination is to stimulate the immune system of the bird to develop antibodies that will help it fight illness. While not all illnesses are vaccine-preventable, all possible infectious disease risks should be recognized and a vaccination program devised to assist battle those that are. It may be required to seek veterinary guidance to establish a vaccination schedule that is appropriate for each farm.

The keys to effective vaccination are:

There are currently no vaccines available to address all disease risks.

To counteract infection by some organisms, it may be required to take a preventative drug.

To identify a suitable preventative medicine program, veterinary consultation may be required.

The majority of infectious agents are invisible. As a result, having a monitoring program is necessary. This might include: